Since 2003, Ridgeview has helped companies realize their potential. We understand that great companies and value are created over time. Transaction driven investments and short-term strategies do little to serve the long-term strength of a company. We recognize the connection between patient investing, collaboration, stewardship, and growth.

We Partner With Local Business

Ridgeview seeks to work with companies in the western United States, where we live and do business. This allows us to be accessible in our partnerships, and to become colleagues with management. We believe doing business face-to-face is the basis for successful collaborations.

Why Partner With Ridgeview

Since 1994, Intermountain Plantings has built and maintained some of the largest and most complex landscape projects in the Intermountain region.

Headquartered in Salt Lake City, Utah, Krosswood Doors is a leading manufacturer of high quality, beautiful wood doors that are available across the United States.

Standard Fiber is one of the largest producers of bedding products for North American and international mass-merchant markets. 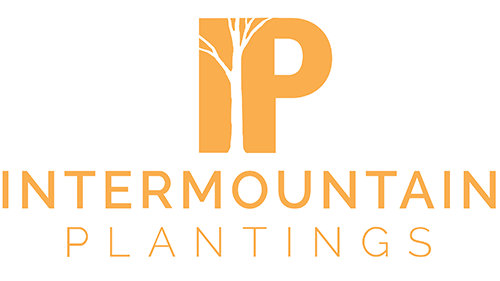 “Our partnership with Ridgeview gave us the opportunity to transform a successful, Phoenix business into a specialty product and service supplier for mid-size homebuilders and major commercial contractors in Utah, Idaho, and Arizona. Ridgeview's investment was essential to our growth, but what sets them apart is breadth of experience, fairness, and spirit of collaboration.”

In 2015, Ridgeview acquired Aspire Design and with its management created the brand InteriorWorx. From 2015 through 2020, InteriorWorx acquired or created eight synergistic partner companies to provide products and services related to interior finishes and landscaping for residential and commercial builders in the Intermountain West.

InteriorWorx has improved builder productivity and buyer/tenant satisfaction through its offerings to commercial and residential builders, architects, and designers. Earnings for the business have significantly increased, creating significant value for Ridgeview and the original owners, who still hold significant roles within InteriorWorx. Members of the management team who worked for predecessor companies also received incentive ownership in InteriorWorx—a benefit they did not have previously—and their personal net worth has also grown.

“Ridgeview Capital has provided the strategic guidance, capital, and support that we required to scale into a leading commercial and residential landscape provider across the intermountain region. Since our partnership in 2015, we have worked together to expand our leadership team, geographic reach, and capabilities. Ridgeview’s support and partnership has been a key factor in enabling us to reach this next step in our journey.”

Intermountain Plantings focuses on providing custom, sustainable landscape solutions for commercial and residential properties. Revenue for the business have increased 4-fold and employs ~340 full- and part-time employees, creating meaningful value for investors, owners, and members of the management team.

In 2007, Ridgeview, in partnership with another firm and key members of UELS management, acquired the company. One year later, UELS acquired a land survey company in the energy industry with a presence in the Dakotas. From 2008 through 2011, UELS expanded to additional energy-rich regions throughout the western and mid-western United States, opening six new offices and recruiting senior management to manage the company’s rapid expansion and resulting revenue growth.

UELS managed through the “Great Recession,” and the significant challenges that all energy services companies faced at the time. By 2011, UELS had grown into one of the country’s largest providers of land surveying, civil engineering, civil drafting, and GIS services for the oil, gas, energy, and pipeline markets.

Ridgeview and its investment partners sold UELS to Moelis Capital Partners, realizing an equity return in 2014 of more than four times the initial equity capital investment. Today, UELS is owned by Norwest Equity Partners, a firm that continues to execute the growth strategy that Ridgeview put into place in 2007.

“Every investor is a good partner when things are going well. Ridgeview and I went through the Great Recession together. It was a very challenging time for our company. However, no matter what challenges or opportunities we faced, they were always a supportive and additive partner that honorably worked for the interest of the shareholders, employees and management.”

Our Greatest Strength Is Our Integrity

At Ridgeview, we pride ourselves in creating partnerships defined by mutual trust, a shared commitment, and open communication. We believe that the best business strategies arise through collaboration.


Ridgeview’s co-founder and Managing Director, Burton Stohl, brings more than 40 years of investment experience to Ridgeview. He maintains an extensive network and key relationships that contribute to our success.

Throughout his career, he has advised boards of directors and owners of both publicly and privately held corporations. Burton has assisted companies in numerous industries. He has also been a contributor to the launch of several private-equity and venture-capital firms.

Burton is a graduate of Harvard Business School (MBA) and the University of Utah (BS). He is married with three children.

Before co-founding Ridgeview, Greg worked for two large private equity firms, managed investment activities of a mid-sized family office, and was the CEO of a technology services company backed by two well respected venture capital firms. He started his career at the Ford Motor Company.

Greg is a graduate of Harvard Business School (MBA, Ford Fellow) and Utah State University (BS). In addition to his roles with Ridgeview and its portfolio companies, Greg has served on several non-profit and civic boards. He and his wife Julie have four children.

As Managing Director of Portfolio Operations at Ridgeview, Brad leverages his experience in financial, analytical, marketing, and management strategies to help ensure success for every investment. In addition to consulting with the various Ridgeview portfolio companies, Brad has served as CFO and CEO of Koster Finance. He is currently the Chairman of InteriorWorx. His previous experience includes MarketStar (an Omnicom company) and American Express.

Brad has an MBA from Brigham Young University, and a BA from Weber State University. Brad is an avid soccer fan and enjoys travel and many outdoor activities with his three children.

Her previous experience includes operations management and software training and development with FedEx, where she cultivated the skill of adapting and performing in a fast-paced, results-based environment. This versatility lends itself to her diverse and varying roles and makes her an accessible component of the Ridgeview team.

Cheryl has a BS from Virginia Commonwealth University. In her spare time, she enjoys creating glass art, visiting her grown son in Southern California, and traveling the world.

As Vice President at Ridgeview Capital, Tim is responsible for all underwriting and deal execution activities and plays a key role in portfolio management operations.

Prior to joining Ridgeview, he was a Senior Associate at Tower Arch Capital, where he spent several years focused on middle-market buyout transactions, primarily in the technology, consumer retail, business services, and telecommunication industries. While at Tower Arch, Tim participated in several acquisitions and sell-side transactions.

Tim began his career in the Investment Banking Division of Bank of America Merrill Lynch. He advised public and private companies, primarily in the software and telecommunication industries, on a variety of M&A and IPO transactions.

Tim received a Bachelor of Science in Finance from Brigham Young University, where he played lacrosse and was a member of the 2011 Men’s Collegiate Lacrosse Association National Championship team.

Outside of work, Tim enjoys backcountry skiing, golfing, and spending time with his wife Morgan and their three daughters.

John’s career started in manufacturing. He then entered the service industry for a Fortune 500 company as a Vice President and Divisional President. Later, he served as Senior Vice President for a FinTech Fortune 500 company. In 2010, John helped form Santa Barbara Tax Products Group, LLC (TPG), a provider of payment and banking solutions for tax preparation and taxpayers. Green Dot, Inc. acquired TPG in October of 2014.

John played a key role in the integration of TPG to Green Dot by ensuring crucial TPG client relations.

He is a graduate of Brigham Young University, with a Bachelor of Science in Finance. He and his wife have three children.

As an Operating Director, Brad Stewart brings more than 30 years of executive-level operational and financial management. He has experience in international, public, and start-up entities and has participated in several IPO’s and M&A transactions.

Brad started his career in 1984 when he joined Arthur Andersen & Co. in their Atlanta office and subsequently their Phoenix office. After his 7 years at Arthur Andersen, he served as CFO and COO of a publicly traded sporting goods company, CFO of a software company, CFO and President of an international cosmetic company, and President and CEO of a medical device company. He has also served on boards of both public and private companies.

Brad is a graduate of Brigham Young University and has held a CPA certification for over 30 years. He is married with 7 children and 19 grandchildren.

Let us know how we can achieve greater success together.
We look forward to hearing from you, and we will reply quickly.

Send Us An Email